Lapse It Pro • Time Lapse play.google.com.LapseItPro
Lapse It is an award-winning full featured app for capturing amazing time lapse clips with your Android camera, simple, fast and intuitive.
Lapse It has a UNIQUE and POWERFUL native C++ render engine that allows you to creates spectacular videos, it is blazing fast, robust, support audio and has a fully featured range of settings to apply.

Lapse It is the ONLY app in the Market with this powerful render engine, and the only one that really works rendering the videos in the Android proper format, so you can easily watch the videos on your phone, share it across the web and with other devices.

Also there's plenty of features, you can really customize your sequence of pictures in many different ways and will be easy to archive the desired result. You can even apply different stylish camera effects to them. Like Paper Camera, Vignette and Camera 360, and Camera Zoom ) 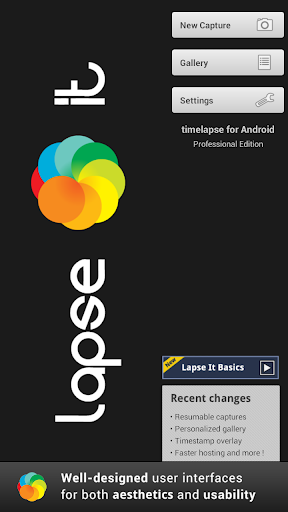 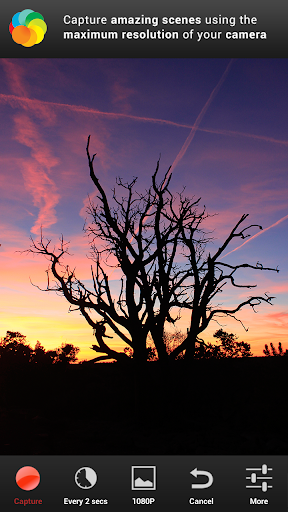 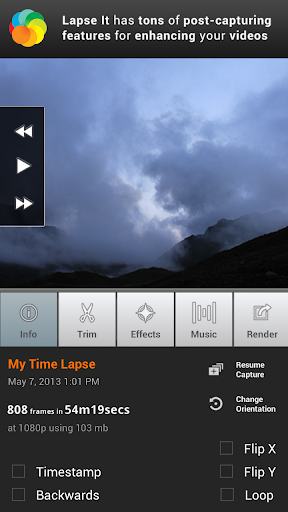 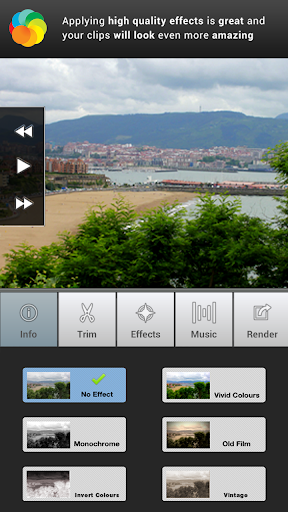 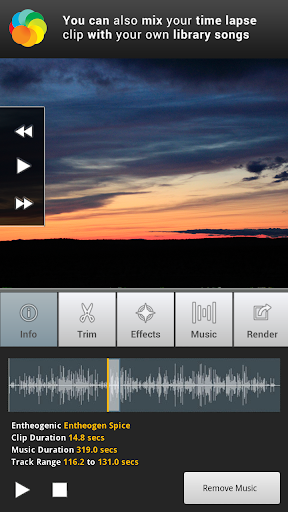 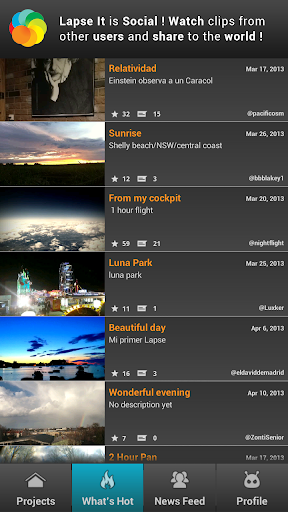 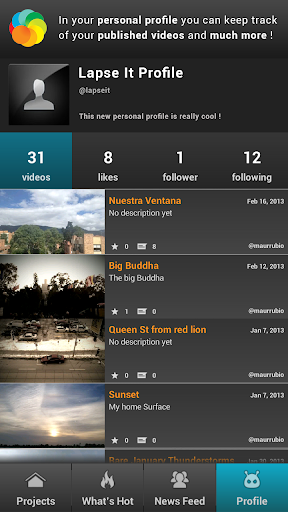 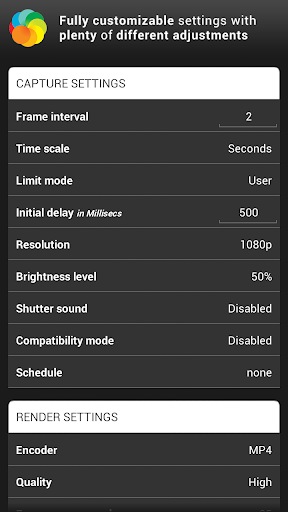