EPOCHplay.google.com.epoch
UNRAVEL THE MYSTERY
Follow the echoes of a lost civilization in a visually-stunning post-apocalyptic world where only robots survive to fight a never-ending war. Fight towards your goal and piece together the fragments to reveal exactly what happened when the old world ended. Is this the dawn of a new Epoch? And how can you find the one person you were originally assigned to protect?

DESTROY, SALVAGE AND UPGRADE
Battle escalating waves of robots in arena-style combat, and upgrade yourself with pieces torn from your fallen enemies! Configure your robot with dozens of weapons, armors, boosters and counters.

IMMERSIVE SINGLE-PLAYER CAMPAIGN
Fight in multiple locations across a vast and ravaged city, and gather fragments of the past with logs from a cast of characters, each with their own perspective on the apocalyptic events that destroyed a once-proud civilization. 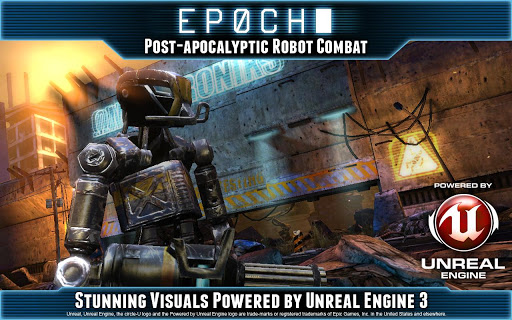 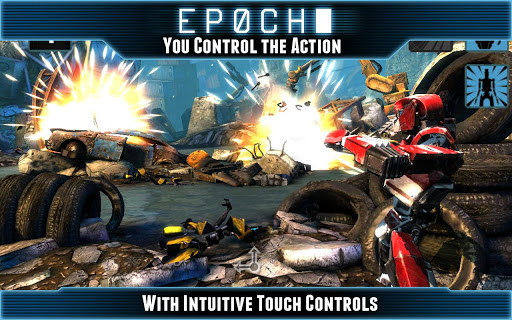 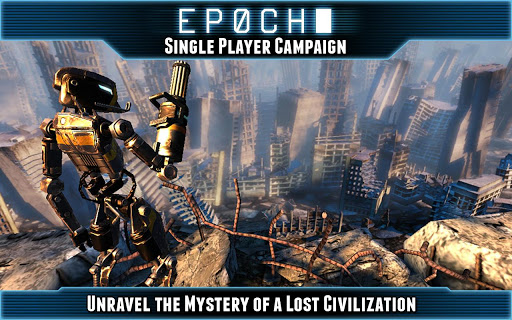 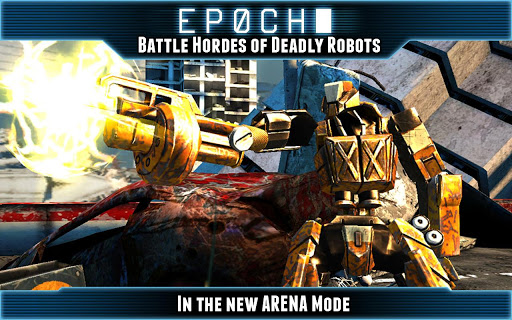 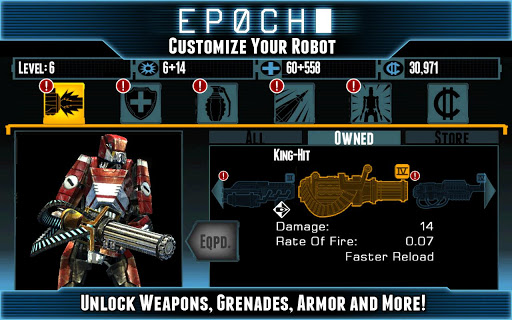